The Pain of Infidelity Can Be Overcome With Good Counseling

We help our clients to recover from pain and create super marriages.

The truth is out and the pain is excruciating. He has made love to another woman. You are crushed, enraged. You blame him. You blame the other woman, then you blame yourself.

You feel inadequate. You want to leave him but you still love him. How can you live with yourself if you stay? Can you ever trust him again? He tries to console you but it only makes things worse. You want to know the sexual details but you cannot bear to listen. You feel humiliated, betrayed and abandoned.

After the truth comes out, the unfaithful partner will insist that it was a one time thing, that it meant nothing to him, and that it had nothing to do with the marriage.  He is wracked with feelings of sorrow and guilt and defends himself with explanations.  His apologies seem woefully inadequate, to her, especially after all the lies.

Healing requires more than just apologies.  He needs to understand the seriousness of his actions; he needs to take responsibility for his behavior and the pain that it has caused.  Perhaps most importantly, both partners need to recognize that the infidelity is almost always a symptom of a much larger problem. For the relationship to be saved, trust must be re-established, and this takes time.
“People sometimes come to their first session,” she says, “fearful of being misunderstood and blamed. Instead, they leave with clarity, understanding, and exciting new skills.”

Couples can recover from infidelity if they are willing to work on their relationship, despite the anger and hurt that they feel now.  First, they need to recognize that they have unresolved issues,  as well as the infidelity itself.  With help, they can move past the pain and the blame and start working on the issues that led up to the infidelity.

After the first few years of a relationship the passion and sexual desire that a couple once shared often dies. Sometimes, nothing is left but a hollow shell. Some couples who come into my office haven’t had sex with each other in months or even years.

Not all relationships survive the trauma of betrayal.  Partners can benefit from professional counseling.  By having a safe, neutral environment in which to express their hurt and indignation, couples can avoid long and costly legal battles.

Many couples can and do survive the crisis of infidelity.  It is possible to start again, but it takes time and a willingness to learn new ways of relating within the relationship. Partners can build a stronger, deeper relationship out of the rubble of their emotional destruction, but they can rarely do it alone. The hurt is just too great. A therapist can steer couples away from the devastating cycle of the hurt partner being locked into a role of repeatedly blaming and questioning while the partner who strayed being locked into a pattern of feeling guilty, defending and avoiding. The pattern of this cycle often spreads into other issues until the whole relationship becomes frozen into that pattern. Eventually, the couple often breaks up or slowly drifts apart.

We can guide you in ways to heal your marriage even if your partner does not want to participate in counseling. Call 1-888-242-1720 for a free initial phone consultation.

“I just found out my husband has been involved with another woman,” Susan told me. “He says he’s been seeing her for three months. He promises he won’t have any more contact with her. I don’t believe anything he says anymore. My sister says I should leave. One minute I want to leave — the next minute I want to work it out.”

The next day they both came to my office. Susan asked again, “How can I forgive him? I don’t think I can ever trust him again.”

“Maybe your ability to forgive is 10% now,” I explained. “Maybe, as time passes, it will go up to 70%. Maybe partial forgiveness is good enough. Forgiveness doesn’t mean you forget the injury. You don’t forget the injury. Hopefully you will both learn the lessons that come out of all the pain.”

I turned to her husband. “It’s important that you accept responsibility for what happened” Tom told me he would do anything to save his marriage.

My first step was to teach him how to support her in her pain. The more she experienced him as really caring, the faster she would heal.

Both partners need to explore the problems in a relationship. Each needs to take responsibility for his or her part. Home is a place you return to because you know you are going to feel safe and well. Both partners need to contribute towards making home a sacred place.

Ellen and Jim came to my office to save a dying marriage. Jim was distraught. Though legally separated, they were living in the same house. Neither could afford to move out. This is a very difficult separation to repair.

I told Jim: “Stop acting desperate. Change this desperation to a preference: ‘I’d love to have you in my life, but I will be OK without you.’ Don’t tell her over and over how much you need her and how you’ve changed. Ask her what you need to change about yourself. Don’t explain or defend. Tell her what you appreciate about her instead of trying to change her.”

I could see Ellen’s face relax as she began to soften.

I suggested they stop discussing their relationship, especially the past. Such discussions often result in painful put-downs. Couples usually argue about the wrong problem anyhow. With counseling, I help them figure out what the problem really is.

One of the first things I teach is to recognize emotional bids. An emotional bid is a question, a gesture, a look, or a touch — any expression that says, “I want to feel connected to you.” A response to a bid is a positive or negative answer to a request for emotional connection. Ellen and Jim needed to learn to respond to emotional bids. This was an important first step in healing their marriage.

We often enter into intimate relationships blindly, swept up with passion and an idealized perception of our partners and ourselves. We are totally unprepared. An affair shocks us into reality. It invites us to try again.

If you’re afraid you’re losing the grip on your marriage, if you want to regain romance and excitement with the one you love, I’ll teach you powerful skills every step of the way. But you must make the first move. 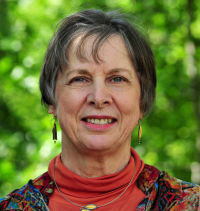 Fill Out The Form Below For A Free Phone Consultation

Click above and learn how Arlene works with couples.

Listen Below To An Interview With Dr. Parker